My poor, darling 12 year old daughter. She came home from school yesterday and told me in a very serious voice that she had something important to talk about. My heart skipped and lurched into my throat for a second. What could this be about?

"Well, you know that me and BFF love that K-Pop group blah blah blah?"

Blah blah blah is what I call them because I can't distinguish between the battalion of beautifully polished Korean boybands. Seriously, they all must share a stylist and their music! Every single song sounds exactly the same.

"Weeeellll," she continued, "BFF is the president of their fan club on Twitter (recently pronounced Tweeter by someone who shall remain nameless, but that's another story) and her fan club friends up in Tokyo won some tickets and they're giving TWO to BFF. Sooooo...we have it ALL worked out. It's $200 for the flights and we can figure out accommodation but can BFF and I go up there on May 21st to watch them? Pleeeeease?"

Here are the facts:

1) These girls are TWELVE.

2) We live on the sleepy island of Okinawa, about a 3 hour flight away from Tokyo.

3) These girls are TWELVE.

4) Tokyo is one of the busiest, biggest, bustling cities in the world.

5) These girls are TWELVE.

6) May 21st is a Wednesday in the middle of a school week.

7) These girls are TWELVE.

And the list goes on and on and on. Don't worry, my girl reassures me, these Twitter friends are really nice.

Me: "How do you know these Twitter friends are even 12 year old girls?"

Girl 12: "They ARE. They sent BFF pictures of themselves and they are 12, just like us."

Me: "Just because they sent their pictures, doesn't mean that those girls in the pictures are actually those girls. This could be some 40 year old man for all you know!"

I must tell you now, friendly reader, that Okinawa is the safest, most peaceful little "city town" that you could ever imagine. Yes, it's part of Japan but it's not the Harajuku girls, bullet train, capsule hotel, skyscraper Japan that usually comes to mind. These girls are so accustomed to life here, where everyone is on "Oki time" and a commute of 15 minutes constitutes the title of a "long drive," where the Kevin Bacon game isn't even any fun because it's more like 2 degrees of separation.

Yeah, sure, I'll just put these girls on a plane to one of the capitals of the world of technology and fashion and hope for the best. Hope they catch the right train into the right town to right into the arms of these 12 year old, incredibly generous girls who are willing to part with these precious concert tickets to a couple of strangers.

I shudder at the thought.

I didn't want to make my daughter feel bad right away so I promised to talk it over with my husband.

She actually thinks there's a ray of hope there. She went over to BFF's house today after school to iron out the details.

We're in for a fun conversation tonight, poor thing.
Posted by Unknown at 8:40 PM No comments:

How Low Can You Go? 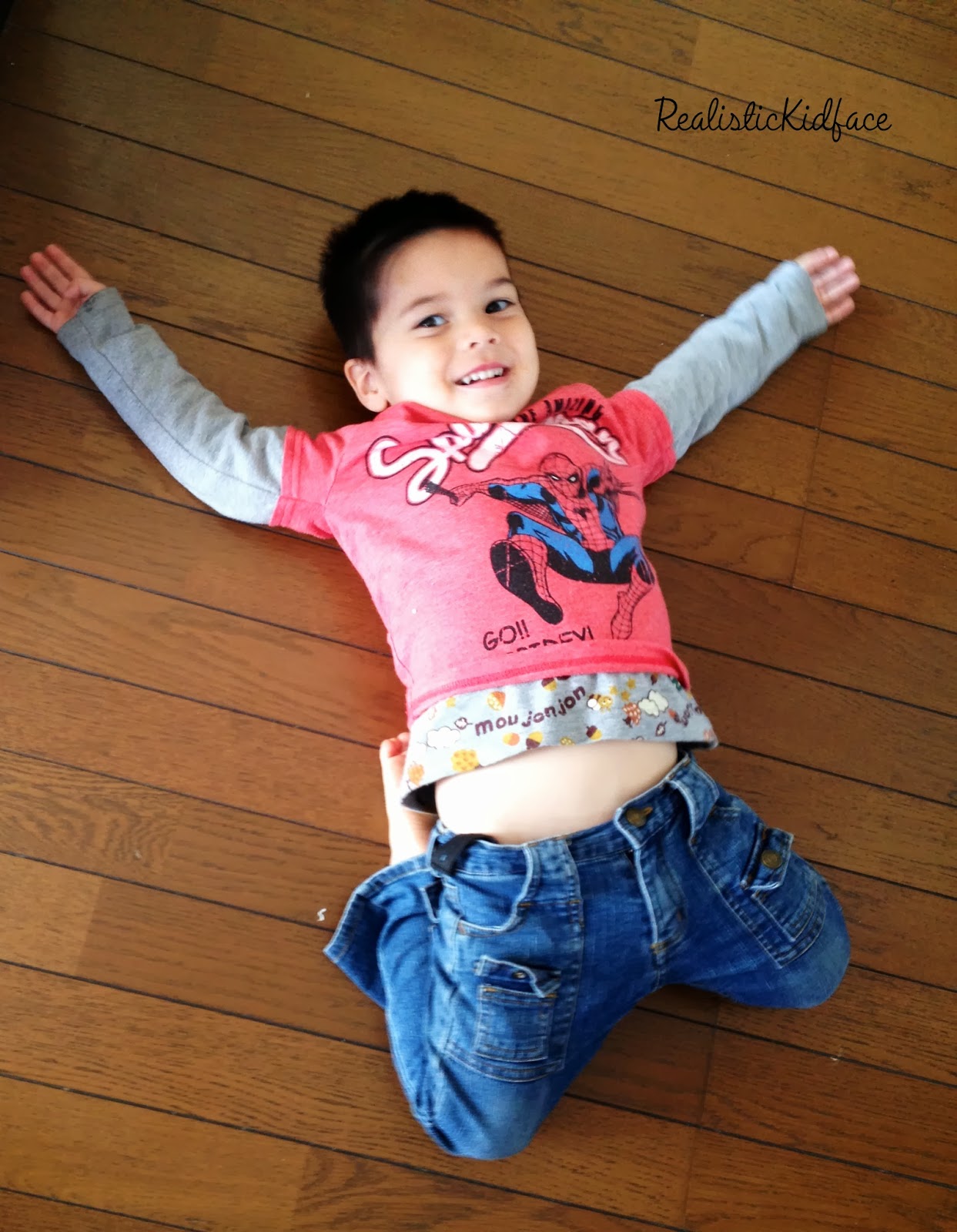 This kid is a one man show - he can reenact any scene or song from "Grease." Here he is doing the "How low can you go..." part of the school dance scene.
Posted by Unknown at 11:18 AM No comments:

Boys Are Not Intuitive

Husband and Boy 7 after dinner.

Husband: "Or you could hang out here with me, bud."

So what's your take? Is the whole middle child syndrome a myth? I'm the oldest of two so I never had an opinion on the matter but now I'm the mom of a middle child.

I have a 12 year old girl, 7 year old boy and a 3 year old boy. I definitely have quite a few moments of mom guilt with my son because he is the most mellow, kindest, most sensitive one of the bunch (read: no drama) so he often flies under the radar. Girl 12 has a huge personality with a lot of fire and Boy 3 is Girl 12 magnified. My Boy 7 is the sweetheart. The one who will out of the blue, pick up on my exhaustion and say: "Are you ok? You aren't very genki today." (Japanese for "your energy levels seem a bit zapped.") The one who will go out of his way to tell me that something I've made for dinner is delicious. The one who will wait for me at the bottom of the stairs while I get all the groceries out of the car to help me while the other 2 scamper upstairs. The one who seems to remember things I've said in passing and follow them up later during a quiet moment. He is shy and reflective. Don't get me wrong, he's no angel. I'm sure, to the average person, his mischievous side is pretty evident but he is the careful watcher who navigates through our family gauging the two big (lovely) storms on either side of him.

The truth is, he has the strongest grip on my heart. My husband's, too. We lost a baby 10 weeks into my pregnancy between Girl 12 and Boy 7. I got pregnant with Boy 7 the very month that baby would have been born. Boy 7 was the catalyst. The one who seemed to bring the light and laughter back into our family.

He fights like mad with Girl 12 and is ever so patient with Boy 3's short fuse. He gets called by the wrong name the most. He, unlike the other two, can't ham it up for the camera and doesn't like to be the center of attention. He has his ups and downs. He has days where he is grumpy for reasons he can't put his little 7 year old finger on. But always, at the end of the day, he will give each of us a kiss good night and be out like a light before we can close the door behind us.

He is my middle child. 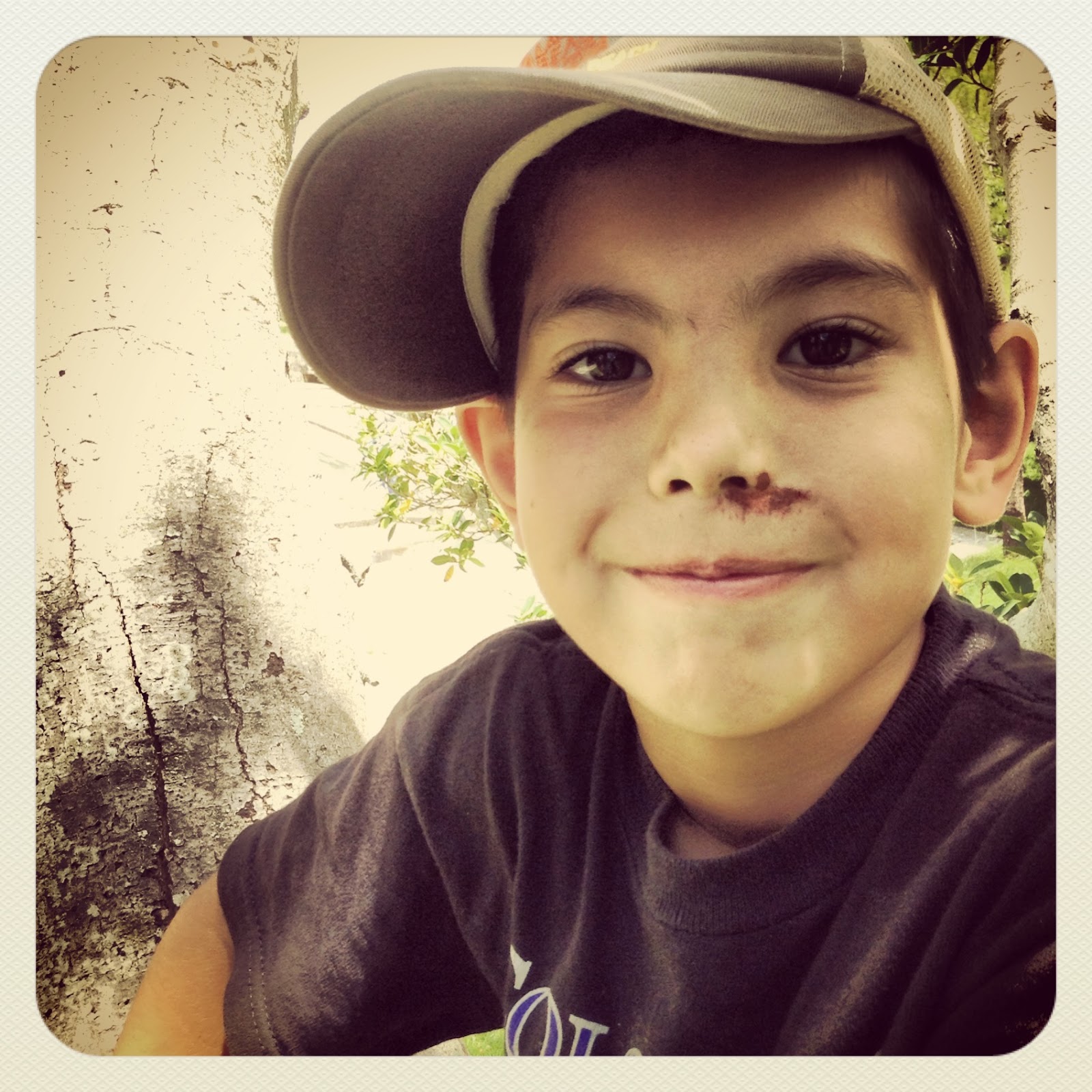 Middle children may be the "forgotten one" but in our house, he's the glue.

Posted by Unknown at 9:16 PM No comments:

Submitted by Mommy Jenni in Florida 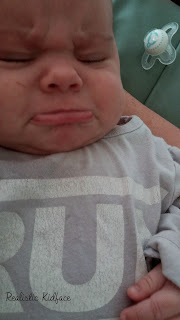 Posted by Unknown at 7:39 PM No comments:

It's Tricky Taking a Sibling Shot 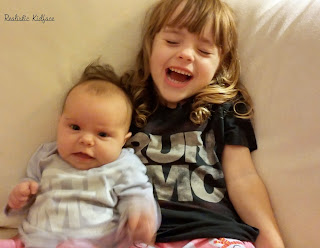 Submitted by Mommy Jenni in Florida

Posted by Unknown at 7:37 PM No comments:

What Are Big Sisters For? 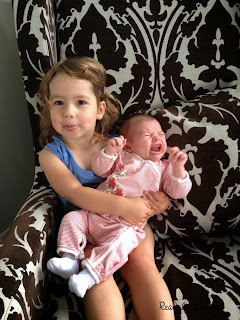 Posted by Unknown at 6:37 AM No comments: 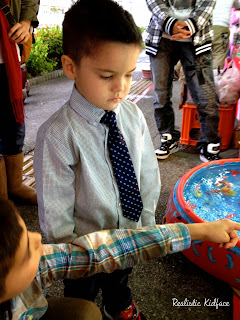 It happened again. There are matsuris (festival type things) for every special occasion in Japan, the two biggest are in summer and of course, the week of New Year's (Dec. 31st through to Jan. 5th -ish.)

It's tradition here for people to visit the shrine, say a prayer for the new year and get their year's fortune. Those are the things adults think about. Kids, on the other hand, well all they see is yet another opportunity to pay an exorbitant fee to play some totally rigged "game" promising them a Wii or or Playstation for a prize. My boys are no exception - nay, they are the presidents of the fan club of this phenomenon.

My Boy 3, paid about $6 to catch three plastic fish in a shitty net. Now, if by some miracle, your three fish all have the same number on them, you win a trip to Hawaii (okay, some battery operated toy) but if you don't, you win a free meal at your favorite restaurant (a defective Rubik's Cube.) So my Boy 3, full of hope catches his three fish. Shock, horror! They all have different numbers on them!

I snapped the above pic during the 4 agonizing minutes it took for him to decide between a water gun, bubble wand and plastic samurai sword.

I should note that he ended up deciding on a plastic sword with a hot pink (his current favorite color - don't judge!) sheath and all was right again in his world. Until we told him he couldn't eat a gigantic bag of hot pink cotton candy by himself.

Posted by Unknown at 9:08 PM No comments: